For those of you who may not know there exist food items referred to as pantry staples. These are items like flour, eggs, oils, salt, vinegar and chicken broth. Things needed to staple more complex recipes together which always should be on hand in a pantry. Basically, the brass tacks of food.

Well, there are staples in our DFW food community as well. Places that always are there, always stapling us together – one chicken fried steak or spaghetti dinner at a time. Here is a list of our most tried and true restaurant staples.

Angry Dog
In a neighborhood filled with ups, downs and borderline collapse Angry Dog has proudly stood in Deep Ellum for more than 20 years. Initially a bar only, the powers that be decided to start selling food and began picking up awards from every local publication with a “best of” food list beginning with Best Wings by the Dallas Observer in 1992 and  most recently this publication bestowed the Best Wings title on them again in 2013. The signature “Angry Dog,” covered in chili, grilled onions and cheese will never fail to hit the spot.

Cafe Brazil
This is another one of those special places that has served to begin or end an evening for more than 20 years. With several Metroplex locations – many of which are 24-hour – breakfast, lunch, and dinner are served round the clock. Boasting the best grilled cheese in town (no, seriously), incredible chicken breakfast tacos and French toast you’ll  swear angels dredged and threw on the griddle, it doesn’t get much better. Pair any menu item with the invaluable self-serve coffee bar to get through just about anything life has handed you.

Campisi’s
The Italian restaurant of Dallas since 1946 and one of the first establishments to be granted a liquor license in the state, there still are persistent myths of the JFK assassination plot being hatched in a corner booth. The food, also, is pretty great. This is super accessible Americano Italian fare – nothing super crazy or overly daring. An “if it ain’t broke don’t fix it” philosophy dominates with meatballs that have to be made by an actual army of Italian grandmas in the kitchen. Also: the pizza is boss.

Norma’s Cafe
From humble beginnings in 1956 this Oak Cliff institution is southern cooking done right. A distinct diner feel and Mile High Cream Pies made from scratch daily are awesome reasons to pop in. The suggestion to eat dessert first is just, well, a joyous one which will be made by a friendly member of the staff at every visit. Smothered pork chops, open-faced roast beef sandwiches and southern fried catfish are a nice place to start while describing the level of “comfort” in the comfort food Norma’s peddles. They even have blue plate specials, just like in the good ol’ days!

Keller’s Drive-In
There aren’t many places to get a burger and a beer in the comfort of your own car these days. Keller’s Drive-inhas been doing it as long as anyone can remember. These guys keep it real with a small menu sans gimmicks. They’re the originators of the now iconic and often copied poppy seed bun. These burgers aren’t giant and aren’t covered in fanciness, they’re just classically awesome. The generosity comes in a helping of the honest-to-God best fries you’ll ever taste. Order an ice cold brew to wash down the most American thing you’ll do for a good while as classic hot rods and Harley’s materialize on the weekends.

While it’s more than just flour, eggs and vinegar these are the places we just can’t replace. There always will be an up-and-comer, a fancy spot for a big occasion or a night when a chain restaurant will just have to suffice but places that have sat on the same street for longer than two decades really mean something in the 21st century. These neighborhood staples mean that people always will come back to what they love and to where they build their individual and collective memories. 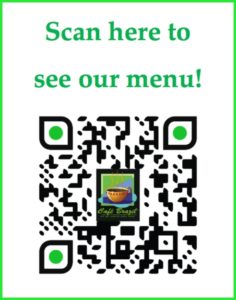 Cafe Brazil is a concept where you enjoy a great breakfast & specialty roasted coffee in a smoke-free, eclectic, relaxing and fun environment.

Nana’s Carrot Cake is the BEST!! Dessert Half Pr 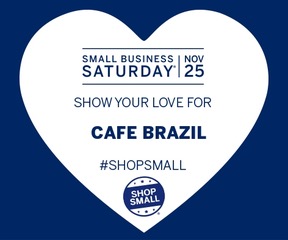